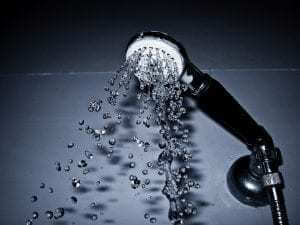 Chances are that you purchased your property and thought long and hard about your new appliances, but did you spend any time thinking about your water heater?  New federal regulations, which are intended to make water heaters more efficient, are about to take effect and could potentially have a costly impact on Atlanta homeowners. If you haven’t taken a close look at your water heater lately, now’s the time to do it.

On April 16th, 2015, newly manufactured water heaters will have to comply with U.S. Department of Energy efficiency standards. The government is telling consumers that the changes will make water heaters greener and more energy efficient, realizing about 8.7 billion dollars in savings nationally over 30 years. Additionally, these new standards aim to reduce carbon dioxide emissions by 154 million metric tons over the same time period. What does this mean to you as a homeowner? Atlanta homeowners could save as much as $365 a year on their energy bills. That’s a respectable savings. Currently, water heaters account for about 18% of a household’s total energy usage.

But those savings could come with a significant initial cost for homeowners who need to replace their water heaters. For one thing, the cost of new units will increase as manufacturers make changes to comply with the new regulations, like extra insulation and electronic igniters. Some manufacturers say the cost could rise by as much as 10-30%.

The other factor to consider is the increased size of the new water heaters. Because of the added insulation, new units will be taller and wider by 2 or 3 inches. That may not sound like much, but if your water heater is already installed in a tight space, or where there would be problems moving a new one in, replacing it could mean some major remodeling work or finding a new place to put it altogether. Both options could be expensive.

After the April 16th deadline, older models will no longer be produced, although there will be some old stock available for a while. If you have an older water heater that’s getting close to needing to be replaced, consider opting for a new model. The extra cost upfront is worth the longtime savings and peace of mind knowing that you are doing your part to reduce your carbon footprint.

If you think the new standards might impact your water heater in Atlanta, give Empire a call at 404-294-0900 or drop us an e-mail for a free expert consultation.